Jiang, who died on Wednesday aged 96, confounded the naysayers, chalking up a list of achievements after breaking China out of diplomatic isolation in the post-Tiananmen era, mending fences with the United States and overseeing an unprecedented economic boom.

Speaking at a sombre state memorial service for Jiang in the Great Hall of the People in Beijing, Xi said Jiang had assumed leadership at a time when the party, military and country were at “a serious moment of external pressure and internal difficulties”, referring to the 1989 pro-democracy protests on and around Tiananmen Square.

But Jiang stepped forward to press reform and opening up, strengthen the party’s ties with the people, engage in “diplomatic struggles” and upheld China’s independence, dignity, security and stability, Xi added.

Jiang, who was cremated on Monday, had firm beliefs and was decisive, he said.

“He had the extraordinary courage to make bold decisions and the great courage to carry out theoretical innovation at critical moments.”

Attendees at the ceremony all stood as Xi spoke, and wore white chrysanthemums, a traditional Chinese symbol for mourning.

His death has prompted a wave of nostalgia for the relatively more liberal times he oversaw.

Jiang’s death has come at a tumultuous time in China, where authorities are grappling with rare widespread street protests among residents fed up with heavy-handed COVID-19 curbs three years into the pandemic.

Xi, describing Jiang’s death as an incalculable loss, said the country must turn grief into strength and use his legacy to write a new chapter in the party’s development.

“Do not believe in evil, fear neither ghosts nor pressure, and do your best to overcome all kinds of difficulties and challenges on the way forward.” 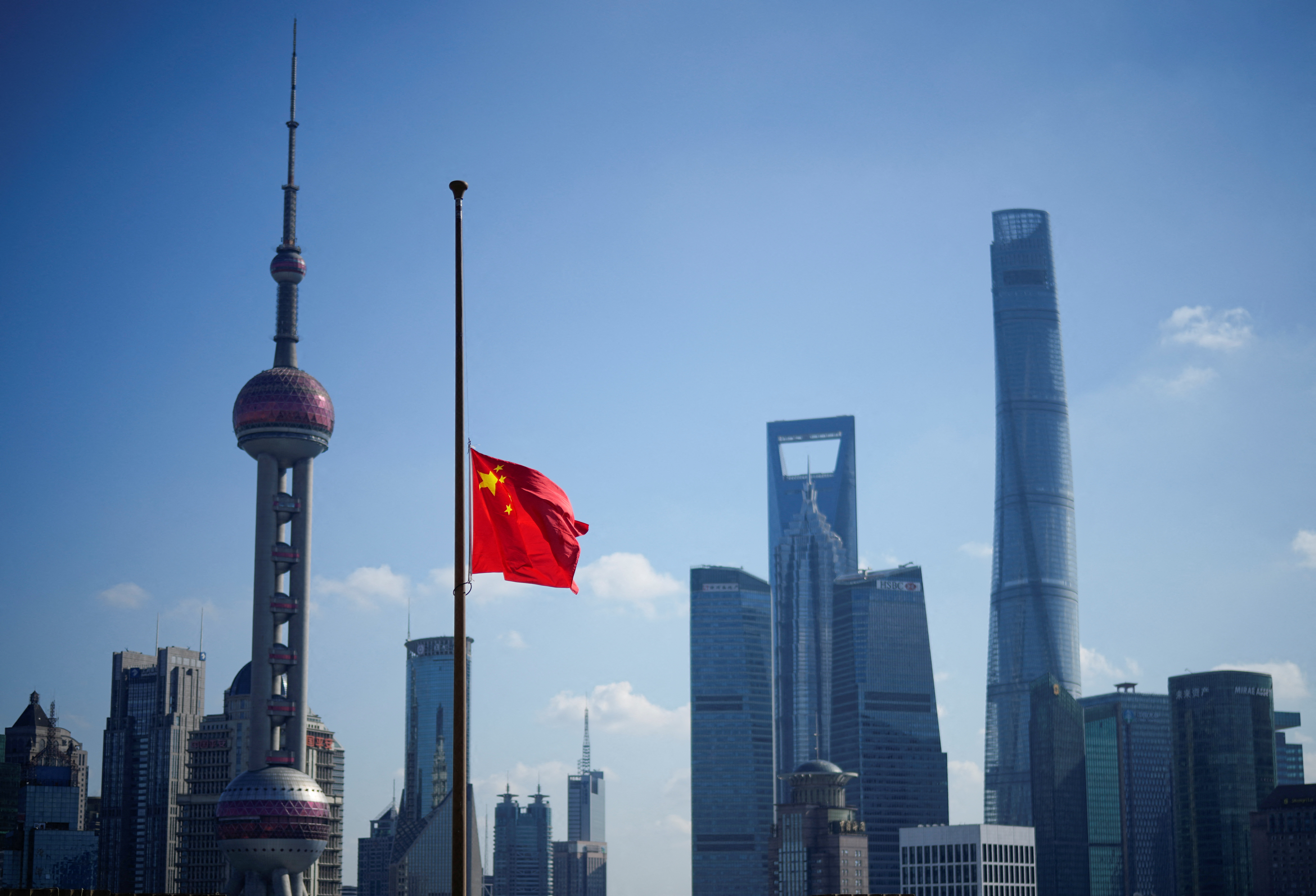 A Chinese flag flies at half mast in front of the Lujiazui financial district, on the day of the memorial service for former Chinese President Jiang Zemin, in Shanghai, China December 6, 2022. REUTERS/Aly Song 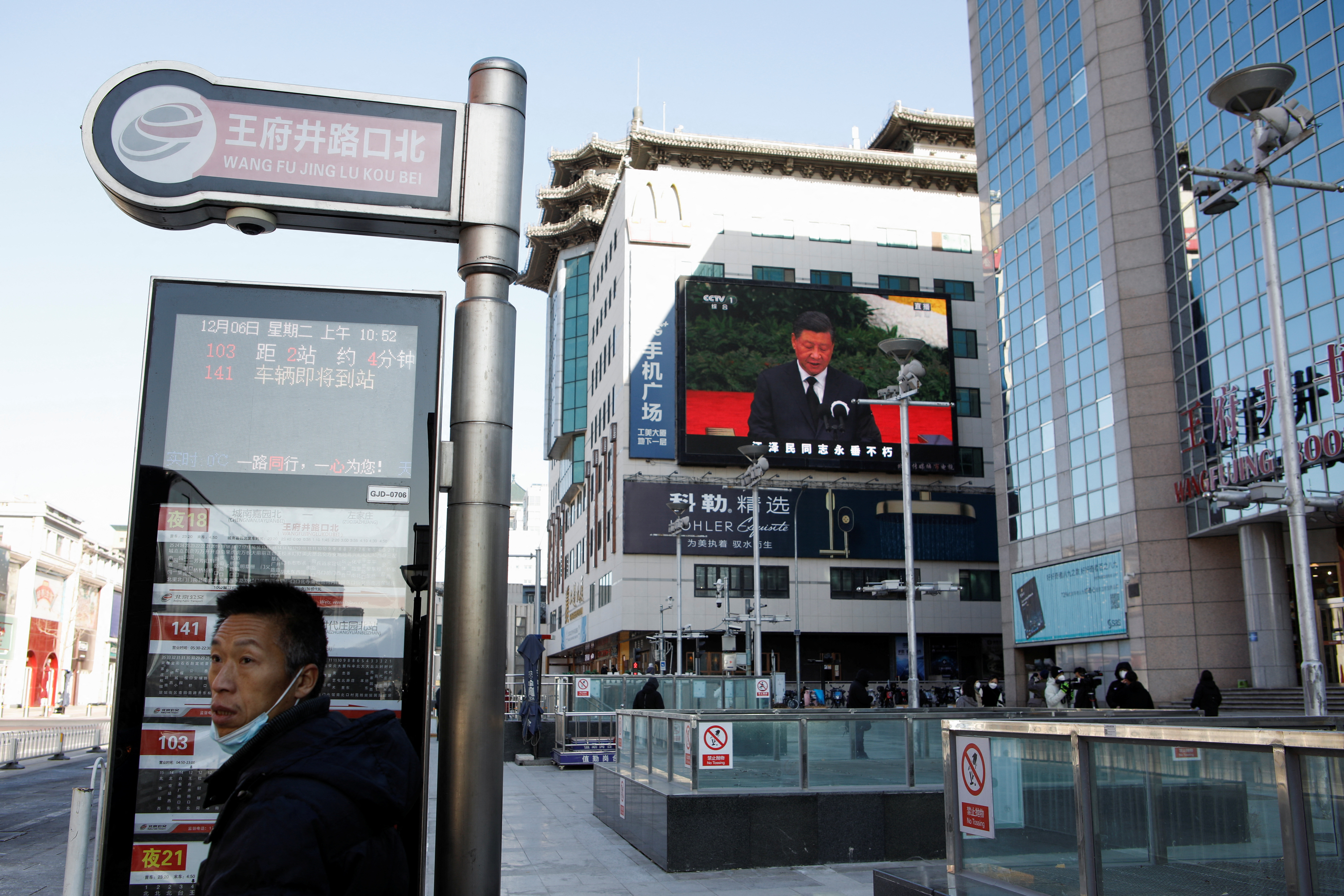 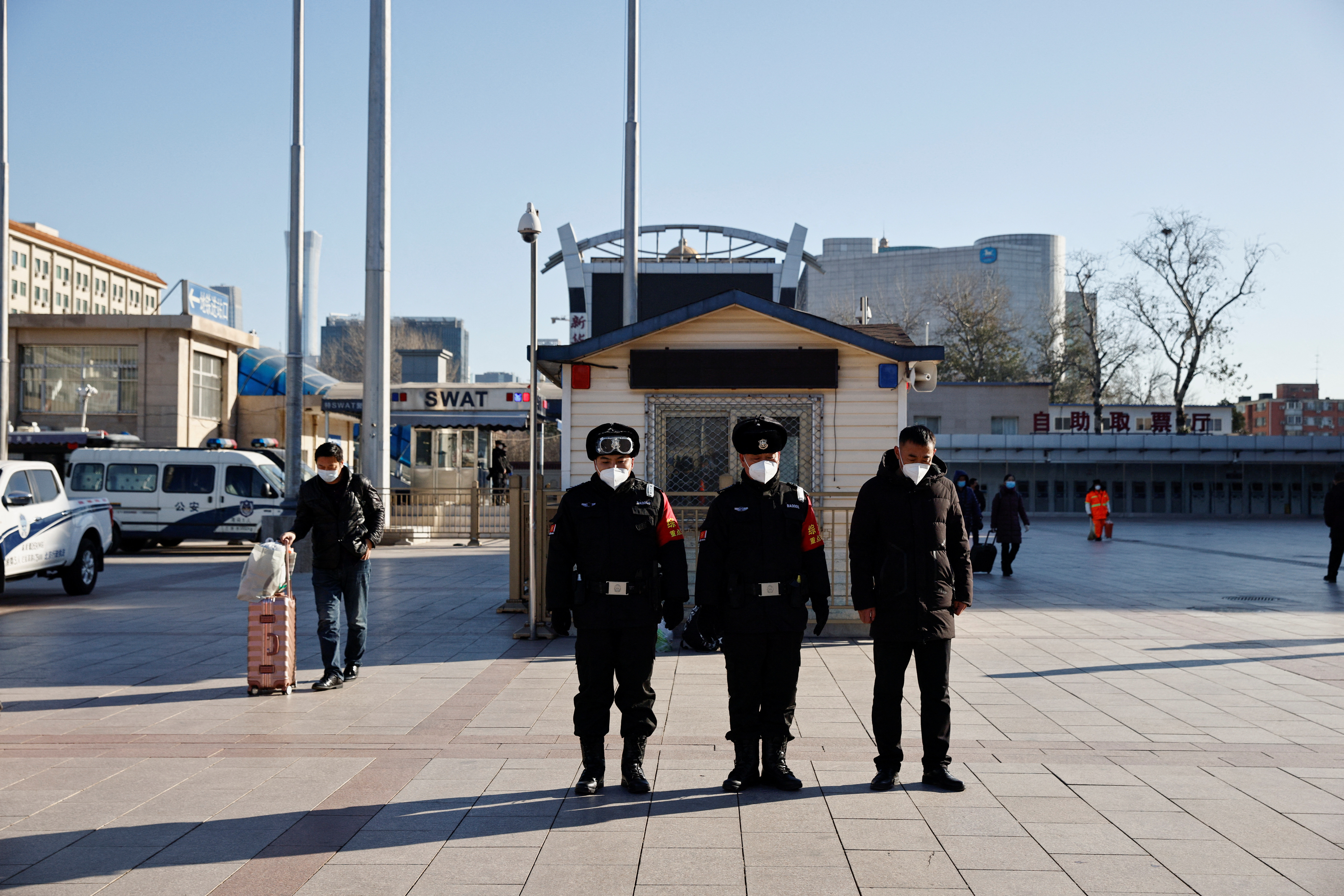 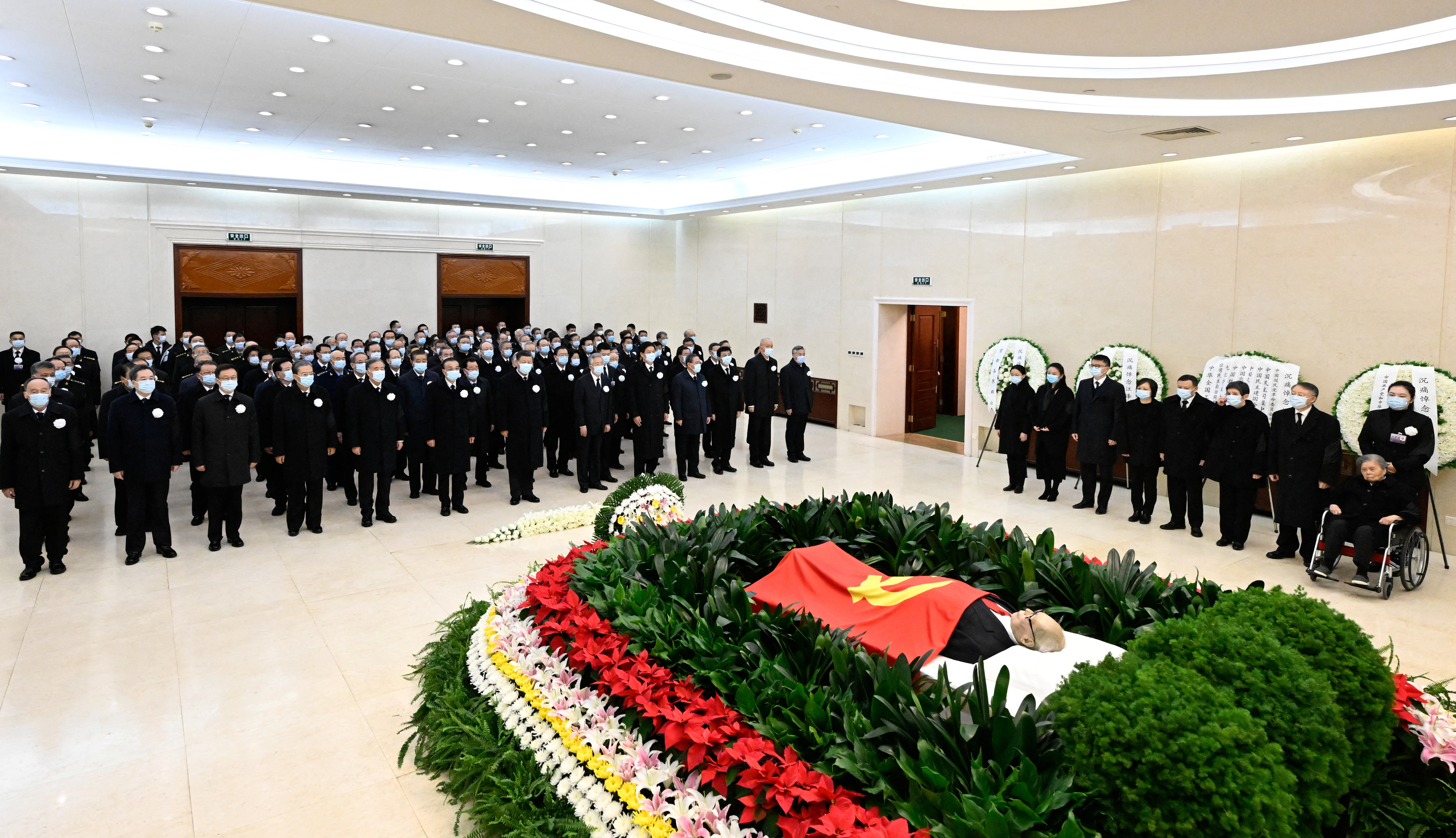 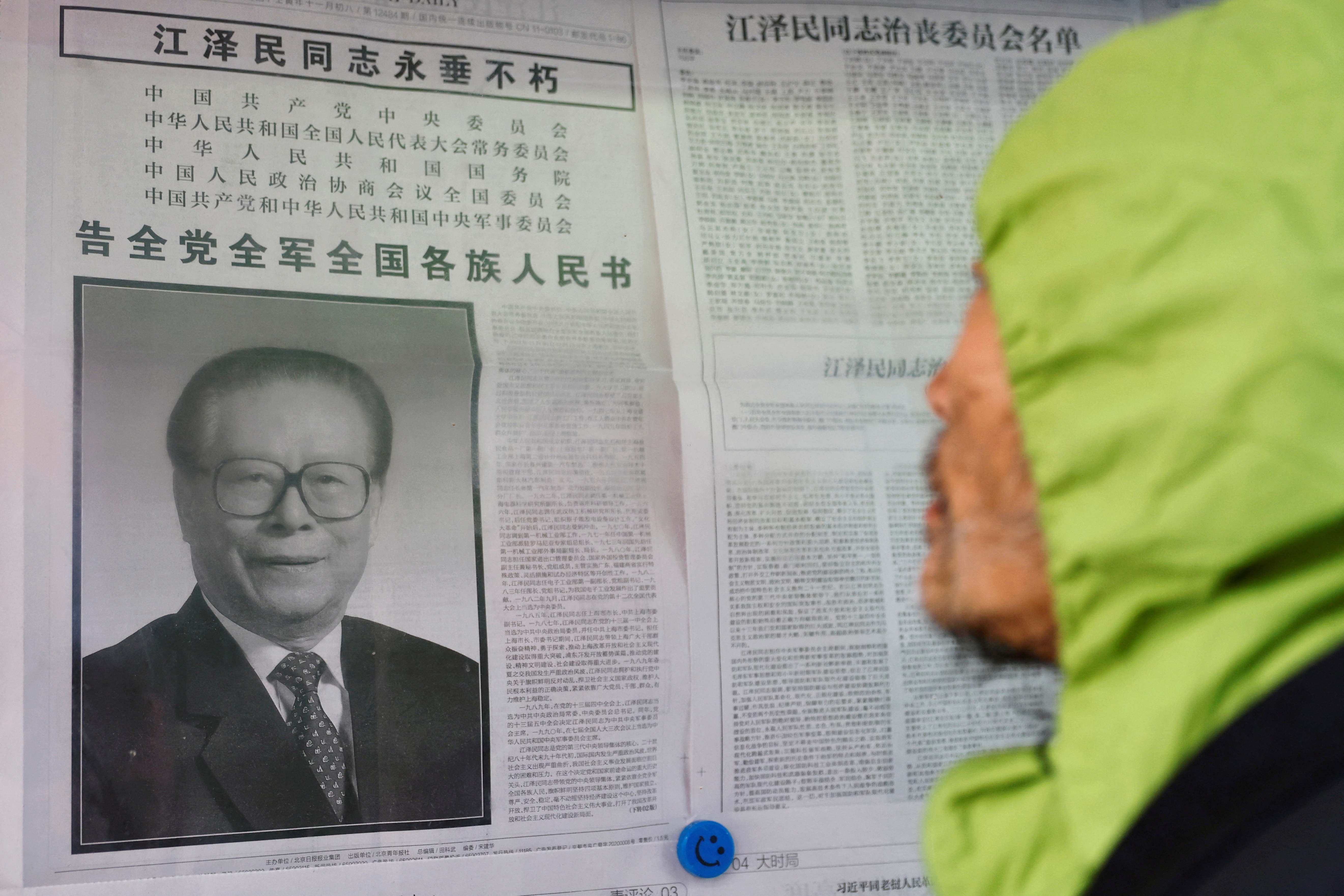