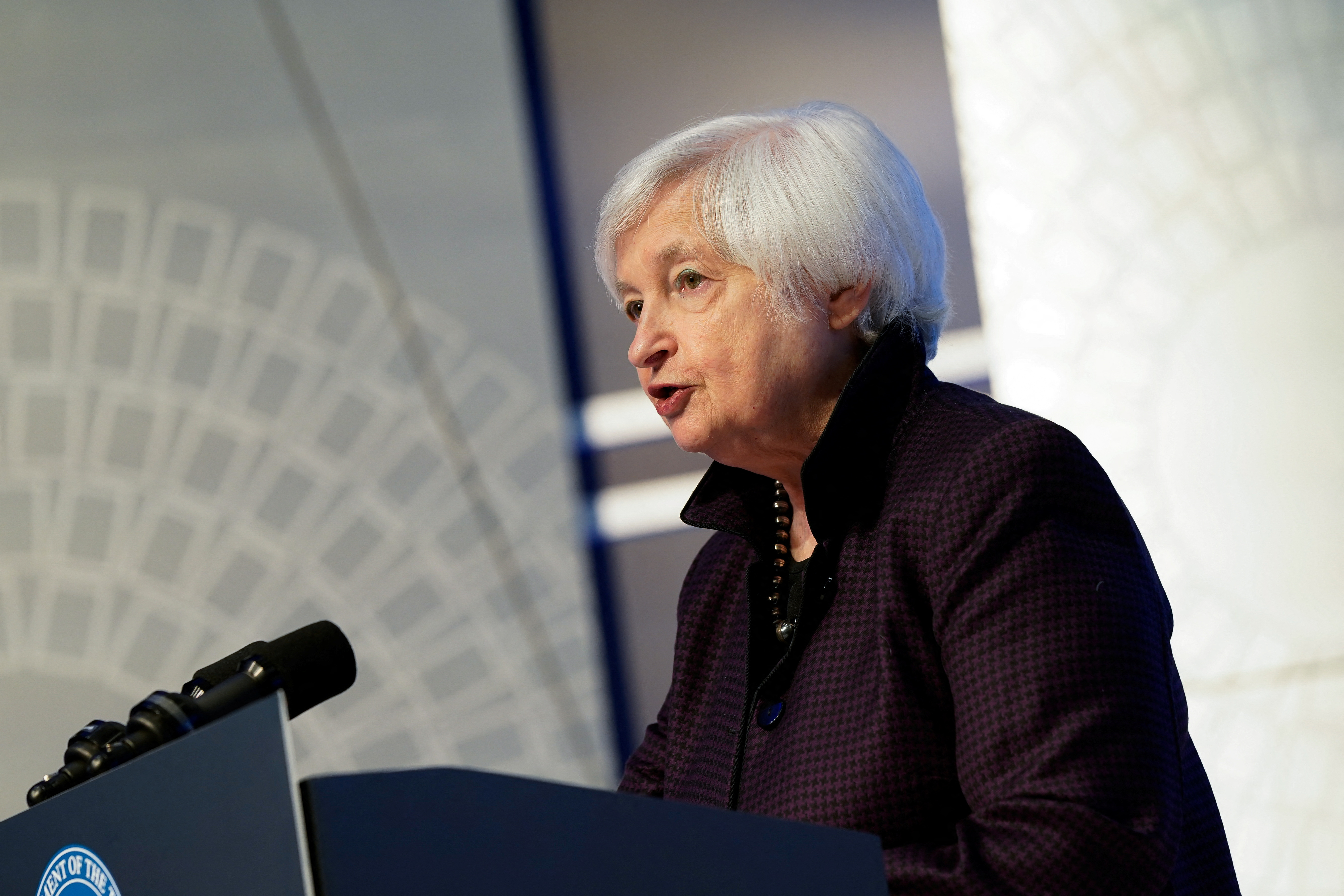 U.S. Treasury Secretary Janet Yellen on Thursday said she was “open” to visit China as she seeks to deepen economic engagement with Beijing after the leaders of the world’s two largest economies met last month, signaling a possible easing of tensions.

“I have no definite plan to visit China, but I am certainly open to it and look forward to more intense interactions than we’ve had over the last year or two,” Yellen said.

Yellen told reporters after a visit to a Bureau of Printing and Engraving currency plant in Texas that a potential topic for future meetings with Chinese officials was the need for China to participate more fully in debt restructurings of distressed poor and developing countries that had borrowed heavily from Chinese state lenders.

Yellen said she had raised the debt issue with her Chinese counterpart, departing Vice Premier Liu He, and other officials, but had not seen much progress.

“I am hopeful that they will come to understand the necessity of relieving debt, restructuring debt when it’s unsustainable, and that could be a topic for future meetings.”

U.S. President Joe Biden met with Chinese President Xi Jinping for three hours last month at the G20 leaders summit in Bali, a discussion that featured blunt talk over Taiwan and North Korea, but which sought to prevent tensions from spilling into a new Cold War.

In Texas, Yellen also said that China faces a “very complex problem” in adjusting its COVID-19 policies, which have caused growth to slow, but suggested that the use of Western-developed “mRNA” vaccines may help the situation.

A positive change in China’s COVID-19 situation could lead to a “pickup” in growth, she added.